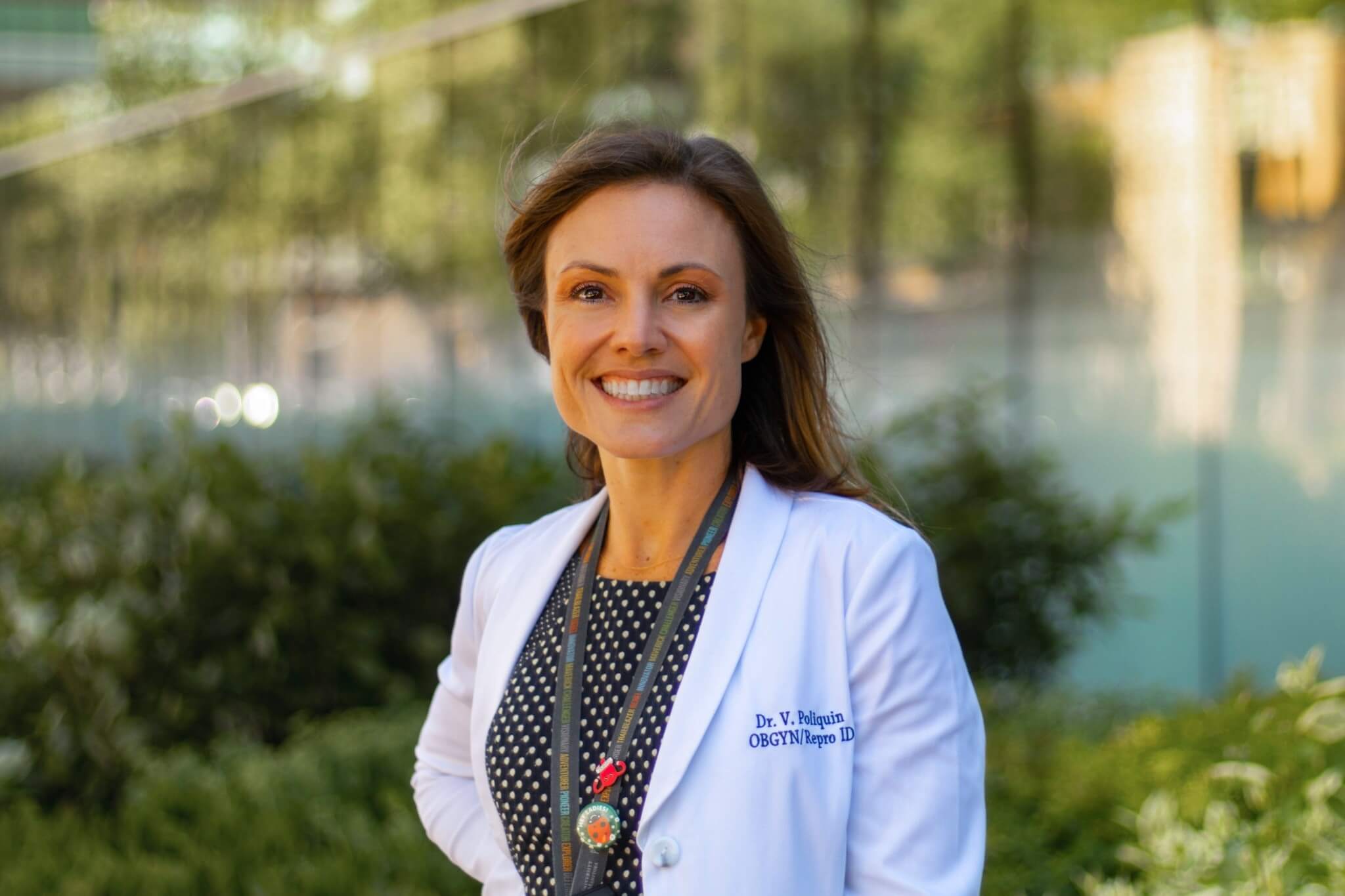 An obstetrician-gynecologist who specializes in infectious diseases at HSC Winnipeg’s Women’s Hospital has won the Canadian Medical Association’s Award for Young Leaders.

Dr. Vanessa Poliquin is one of two Canadian physicians in the early stages of their career to receive the honour this year. The award is given annually to those who have demonstrated exemplary dedication and leadership, shown creativity and initiative, and acted as a positive role model for colleagues and peers.

Poliquin said she was pleasantly surprised to be recognized with such an honour, which she received word of just prior to the start of the pandemic.

Poliquin, who grew up in Toronto but now considers herself as an “adopted Manitoban who is here to stay,” started her clinical practice in 2016 as a subspecialist in reproductive infectious diseases. In 2018, she became a full-time staff member of HSC Winnipeg Women’s Hospital as well as a faculty member at the University of Manitoba. She is currently co-chair of the Society of Obstetricians and Gynecologists Infectious Diseases Committee.

As COVID-19 spread across the province and country, Poliquin has supplemented her regular work with patients by taking a leadership role in the women’s health program, authoring provincial and national guidelines about how to deliver obstetrical care and participating in educational events in an effort to ensure expectant mothers had the information they needed about COVID-19 and pregnancy.

“Vanessa is an exceptional leader and a well-respected obstetrician-gynecologist amongst her colleagues, peers and patients,” said Dr. Mary-Jane Seager, Provincial Specialty Lead for Women’s Health, Shared Health. “Her work during the pandemic has been instrumental in our health-care system’s response, providing guidance to obstetrical-care providers and assisting with workforce planning throughout Manitoba while continuing to provide care for her patients. We are all fortunate to have Vanessa and her family call Winnipeg home.”

Poliquin said she decided to be a doctor at a young age, joking that her affection as a young girl for 1990s television show Dr. Quinn, Medicine Woman solidified her career path. More than two decades later, she has no regrets about the decision.

“I really love coming to work every day. I know I am very privileged to be able to say that,” said Poliquin. “I derive my energy from my patients. Even when I’ve been at the hospital for more than 24 hours, I love to put on my running shoes and jump into prenatal clinic – it really energizes me and gets me moving.”

Poliquin will receive her award in a virtual ceremony this December, following the cancellation of a gala this month in Halifax due to COVID-19. She said she will celebrate the win following the online ceremony with her husband and two sons.